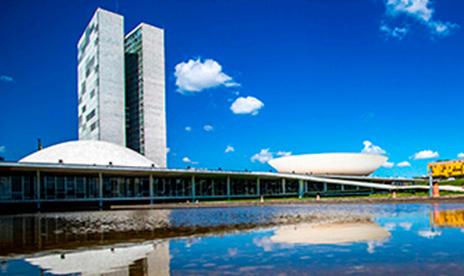 During the presidency of Juscelino Kubitschek in 1956, Brasília began to be built in order to be the new capital of Brazil - which, at the time, was located in Rio de Janeiro.

Inaugurated on April 21, 1960, the current federal capital is now the center of the country's power, Heritage listed by UNESCO and home to more than 2,4 million people.

Oscar Niemeyer, a Brazilian modernist architect, was responsible for designing the most famous and iconic public buildings in Brasília such as the Cathedral, the National Congress, the National Theatre and, most recently, the Digital TV Tower.